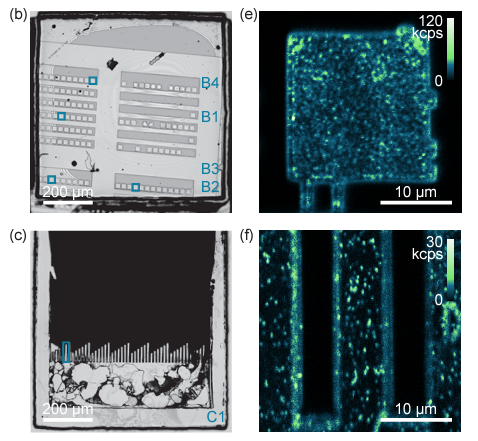 The nitrogen-vacancy center (NV) in diamond, with its exceptional spin coherence and convenience in optical spin initialization and readout, is increasingly used both as a quantum sensor and as a building block for quantum networks. Employing photonic structures for maximizing the photon collection efficiency in these applications typically leads to broadened optical linewidths for the emitters, which are commonly created via nitrogen ion implantation. With studies showing that only native nitrogen atoms contribute to optically coherent NVs, a natural conclusion is to either avoid implantation completely, or substitute nitrogen implantation by an alternative approach to vacancy creation. Here, we demonstrate that implantation of carbon ions yields a similar yield of NVs as implantation of nitrogen ions, and that it results in NV populations with narrow optical linewidths and low charge-noise levels even in thin diamond microstructures. We measure a median NV linewidth of 150MHz for structures thinner than 5µm, with no trend of increasing linewidths down to the thinnest measured structure of 1.9µm. WeproposeamodifiedNVcreationprocedure in which the implantation is carried out after instead of before the diamond fabrication processes, and confirm our results in multiple samples implanted with different ion energies and fluences.