Pushing sensing technologies into previously inaccessible domains is one of the great challenges in physics. Our group’s research is aimed at developing sensors that can image magnetic and electric fields with high sensitivity and nanoscale resolution. This allows us to investigate phenomena occurring at a scale that cannot be interrogated by previously established techniques. In particular, we use the Nitrogen-Vacancy center in diamond as our sensing tool. We consider how these sensors can be improved, leading to work in a wide variety of topics. These include research in quantum optics to improve the photon collection efficiency, and hence accuracy, of the NV spin readout, along with fundamental investigations on how mechanical oscillations can be coupled to the NV center spin, which could lead to higher-precision sensing schemes as well as the generation of complex quantum states. Through the development of these sensing tools we have been able to image superconductors, magnetic materials, and nanoscale devices at a previously unexplored resolution.

We have three ongoing projects in our group: 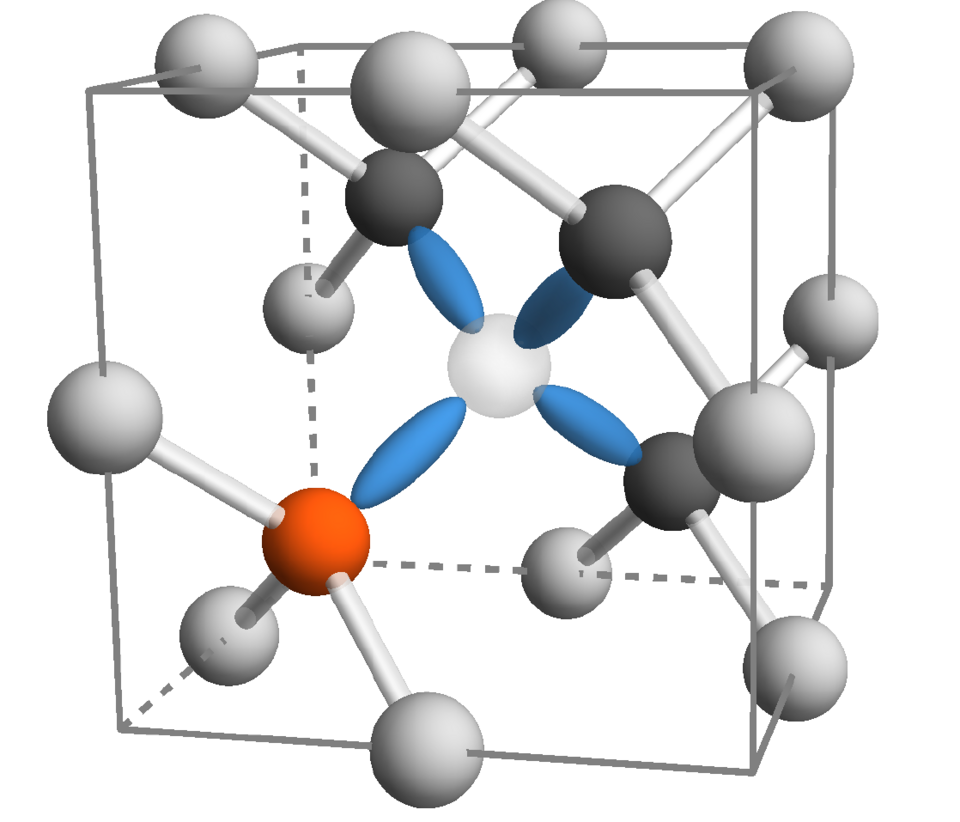 The negative charge state of the NV center in diamond is the system we use as our sensor. It is composed of neighbouring carbon atoms within the diamond lattice being replaced by a Nitrogen atom and a nearest-neighbour vacancy. The result is a stable and incredibly long-lived electron spin which can be initialised and measured via illumination with a green laser, making it a very sensitive nanoscale sensor of magnetic fields, electric fields, and temperature. Because of its sensitivity and compatibility with ambient temperature sensing, the NV center has been the focus of a significant research effort in recent years, with a wide range of applications from biological sensing to materials scienceand nanochemistry.

The magnetometry work of our group involves the use of NV centers in a scanning probe setup. Using an NV center on the end of an atomic force microscope (AFM) tip, we are able to scan the NV center above a sample and measure its magnetic characteristics with nanometer resolution. Along with our fabrication of diamond tips, we have been able to image samples in ways previously not achieved.

Background Reading on the NV Center and Scanning Magnetometry